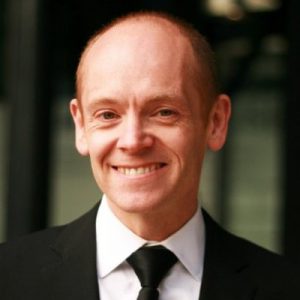 The FCA continues to shine a light on the impact of non-financial misconduct on fitness and propriety.

On 29 March 2021, the FCA published a decision notice banning Jon Frensham (formerly known as Jonathan James Hunt) as an IFA and director of Frensham Wealth Ltd.

In September 2016, Mr Frensham travelled to meet someone whom he thought to be a 15-year old girl and with whom he had been corresponding on-line.  The FCA states that this was with the intention of engaging in sexual activity.  However, Mr Frensham was caught in a ‘sting’ operation.  He was arrested, subsequently convicted and sentenced to 22 months imprisonment in March 2017 (suspended for 18 months).

As a result, the FCA decided to revoke Mr Frensham’s authorisation to act as SMF3 (Executive Director), SMF16 (Compliance Oversight) and SMF17 (Money Laundering Reporting Officer).  The FCA considered that Mr Frensham was not fit and proper to perform any of these senior management functions on account of the fact that he lacked “the necessary integrity and reputation”.  In its view, Mr Frensham’s behaviour and conviction meant that he posed “a risk to consumers and to confidence in the financial system”.

FIT 1.3.1G requires the FCA to have regard to a number of factors when assessing an individual’s fitness and propriety.  One of those factors is the individual’s “integrity and reputation”.

Looking at each of these elements in turn, the FCA considered that the nature of the offence, together with the fact that Mr Frensham was in breach of pre-existing bail conditions relating to a different (although similar) allegation meant that he lacked the necessary integrity.  It further concluded that the nature of the offence and the associated publicity following his conviction meant that Mr Frensham no longer had the necessary reputation to perform functions in relation to regulated activities.

The appeal – and the FCA’s response

Mr Frensham has appealed the decision notice to the Upper Tribunal.  As such, the action outlined in the FCA’s decision notice is current provisional only.  However, the case highlights the FCA’s continued focus on non-financial misconduct and raises a number of important considerations in terms of assessing fitness and propriety more generally.

Mr Frensham accepted that he “carried out acts which lacked integrity” in 2016 but disagreed with the conclusion that this meant that he is a “person who lacks integrity”.  Moreover, he claimed that his conviction had no bearing upon his competence as a financial adviser.

The FCA fundamentally disagreed with this latter contention.  It pointed to the fact that Mr Frensham occupied a position of trust, which had been abused.  In the FCA’s view, whilst his offence did not involve financial dishonesty, it involved a “criminal disregard for appropriate standards of behaviour” and had resulted in Mr Frensham “deviating from legal and ethical standards and seeking to exploit those more vulnerable than himself”.  The FCA was also guided by the fact that the trial judge had expressed the view that Mr Frensham had shown no remorse for the offence committed as well as the fact that he was in breach of existing bail conditions.  This behaviour, the FCA concluded, was “fundamentally incompatible” with Mr Frensham’s role as a financial adviser.

The FCA also placed weight on the fact that Mr Frensham had not been open and transparent with the FCA.  More specifically, they pointed to the fact that:

This, they believe, undermined his submissions that he was a person of integrity.

It will be interesting to see what conclusion the Upper Tribunal reaches in this case.  This is obviously a very serious offence – far more serious than train fare evasion into Cannon Street Station or the theft of a sandwich from an investment bank’s cafeteria.  Nonetheless, in contrast to these previous cases, it is generally acknowledged that the offence in question did not involve financial dishonesty.

It’s also true to say that Mr Frensham appears to have been less-than-transparent in his dealings with the FCA.  This alone may have justified the conclusion which the FCA ultimately reached.  However, the fact remains that this was not the central charge levelled against Mr Frensham and so did not drive the ultimate conclusion that he was not fit and proper to perform his role.

In determining a person’s honesty, integrity and reputation, the FCA will have regard to all relevant matters.  Conviction for a criminal offence does not automatically mean that an individual is not ‘fit and proper’.  Obviously, offences of dishonesty, fraud and financial crime are particularly relevant.  Nonetheless, each matter will be assessed on a case-by-case basis, taking into account:

So where does this leave us with respect to Mr Frensham’s case?  Logically, Mr Frensham has a point, doesn’t he?  However, reprehensible his crimes, his behaviour does not go directly to his ability to act as a financial advisor, does it?  Looking at other professions, there are convicted murderers – individuals who have been convicted of murdering their own children – who have not been struck off the roll of solicitors.  On that basis, shouldn’t Mr Frensham be spared the FCA’s prohibition order?

Somehow, though, it doesn’t feel right.  Mr Frensham is clearly guilty of doing things that he knows to be wrong (or at least that he knows to be unlawful) – but doing them anyway.  He wasn’t broadcasting his behaviour to his family, friends or clients and – if the trial judge is to be believed – didn’t seem particularly remorseful about it.  To that extent, he was living a lie and content to be doing so.  Surely this has to be regarded as dishonest – at least on some level.  And for someone in such a position of trust – someone with power over the financial well-being of clients but who has shown a proclivity to dishonesty – shouldn’t that be sufficient for disqualification?  If not, where is the line to be drawn?