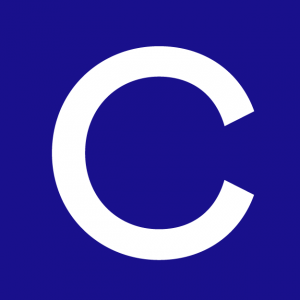 Vanessa Jones is a director and SMF 3 of Top Fund LLP, a Core Firm.

Vanessa has responsibility for capital raising within Top Fund.  However, she has also been allocated the Prescribed Responsibility for implementation of the Certification Regime under the SM&CR.

Vanessa considers implementation of the Certification Regime to be “a job for compliance”.  She delegates responsibility for the matter to David Smith, the firm’s HR operative and then just ‘leaves him to it’ on the basis that ‘he is smart and will soon pick it up’.  David Smith is new to the role and is not particularly familiar with the workings of the SM&CR.  In particular, David does not appreciate many of the finer details around fit and proper testing such as the fact that events can trigger the need for intra-year fit and proper assessments, and the need to factor in non-financial misconduct.

As a result, there have been a number of developments among the staff that have not been taken into account during fit and proper testing.  These include a salesperson failing to obtain requisite qualifications, a trader being charged for habitually failing to pay his train fare into Charing Cross station and an analyst shoplifting a chocolate bar from a local supermarket.

In order to be considered in-scope for the purposes of the Conduct Rules, the conduct in question must relate to the regulated or unregulated “financial activities” of the firm.

Under COCON 3.1.3G, a person will only be in breach of a Conduct Rule where they are personally culpable.  In other words, the person’s conduct must have been:

However, the Conduct Rules apply to the conduct of the following individuals wherever it is performed:

The FCA must be notified of any breach of the Conduct Rules by a Senior Manager within 7 days, pursuant to SUP 10C Annex 2G.

Individual Conduct Rule 2 requires individuals to ‘act with due skill, care and diligence’.  In the case of someone who holds a managerial position (note that this does not have to be a Senior Manager) the rule requires that individual:

Where a manager is not an expert in a particular business area, they should consider whether they (or those with whom they work) have the necessary expertise to provide an adequate explanation of any issues that arise within that business area.

Senior Manager Conduct Rule 1 requires Senior Managers to ‘take reasonable steps to ensure that the business of the firm for they you are responsible is controlled effectively’.  Clear reporting lines are key (particularly where dual reporting lines exist).  In addition, Senior Managers must take reasonable steps to satisfy themselves that the business for which they are responsible has appropriate policies and procedures in place for assessing the competence, knowledge, skills and performance of members of staff.

Vanessa has effectively just ‘dumped’ responsibility for implementation of the Certification Regime on David, despite the fact that he works in a different department and has no experience in this area.  In effect, she has created a dual reporting line for David.  As such, she is responsible for ensuring David’s responsibilities and accountabilities are clearly set out and understood.  On the facts as we have them, she has not done this.  More fundamentally, there seems little evidence that Vanessa has take any steps to satisfy herself that David actually has the knowledge, skills or capacity to effectively implement the Certification Regime within Top Fund LLP.  Put simply, there is no evidence that David is an appropriate delegate for a role like this.  Quite the opposite, the evidence at hand would suggest that he is not.

A failure to (a) implement an “adequate and appropriate” system of control (or to keep it under regular review), (b) monitor regulatory compliance, or (c) investigate the root causes of regulatory breaches are all considered by the FCA as a breach of Senior Manager Conduct Rule 2.

In reality, Vanessa really does not see implementation of the Certification Regime as her responsibility.  She has not implemented any controls, instead leaving implementation in its entirety to David.  A number of issues around the fitness and propriety of various members of staff have arisen, but Vanessa has taken no interest in this and done nothing to monitor or review either these breaches or the systems and controls that exist to prevent this.  Put simply, Vanessa has allocated the task of implementing the Certification Regime to David and not subsequently followed up in any way, shape or form.  On this basis, it seems impossible to conclude that she has taken reasonable steps to ensure that the business of the firm for which she is responsible complies with regulatory requirements.

Senior Manager Conduct Rule 3 requires Senior Managers to ‘take reasonable steps to ensure that any delegation of responsibilities is to an appropriate individual and that the discharge of the delegated responsibility is overseen effectively’.

Even if David had been a suitable candidate, Vanessa’s complete lack of ‘follow up’ would constitute a breach of Senior Manager Conduct Rule 3.  Vanessa must take all necessary steps to ensure that the implementation is overseen properly and that she has all of the necessary MI to monitor risks and exercise control.

Put simply, it is Vanessa’s responsibility to ensure that the delegation to David is both appropriate and effective.  She should have ensured that David and the HR team more generally understood the Certification Regime properly, were provided with sufficient resources, implemented correct fit and proper testing, and kept the situation under periodic review and monitoring.

It is questionable whether the Prescribed Responsibility for implementation of the Certification Regime should have been allocated to Vanessa in the first place given Vanessa’s attitude to the matter.  In turn, this may raise questions over the role of the Senior Manager with responsibility for implementation of the Senior Managers Regime within Top Fund LLP.  He or she should have ensured that Prescribed Responsibilities were allocated appropriately.  This seems not to have been the case where Vanessa is concerned.

More generally, Vanessa’s attitude to compliance actually raises the wider question of whether she is a suitable candidate to be a Senior Manager in the first place.