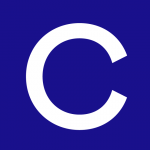 When should I perform fit and proper testing?

There are a number of points during the lifecycle of an in-scope staff member when it might be necessary to perform fit and proper testing.  These are:

Some of these circumstances speak for themselves.  However, we’ll say a little bit about role changes as well as “triggered” versus “in-year” assessments.

The FCA gives specific guidance on what the position is if a Certification Employee’s role changes part-way through the period for which their current fit and proper certificate is valid.  Obviously, this guidance is not so relevant to a Senior Manager.  If a Senior Manager’s role changes, then FCA approval will need to be sought for the change.

Where a Certification Employee’s role changes, the firm may need to reissue the individual’s fit and proper certificate.  More specifically, if the new Certification Function has different requirements relating to:

As the name suggests, a “triggered” fit and proper assessment is ‘triggered’ by an unforeseen event.  It occurs because of something unforeseen that happens – typically something that the individual in question has done (or not done).  A simple example would be an IFA who steals a sandwich from the staff cafeteria.  This would call into question the individual’s honesty.  In turn, this would also call into question his or her fitness and propriety.  In these circumstances, it may well be necessary to reassess whether the individual remains fit and proper to perform his or her role.

In contrast, an “in-year” assessment is typically not triggered by an unforeseen event.  Rather, it can be thought of as something that has been diarised.  An example would be an IFA who is new to the role.  That person’s employer may consider that an in-year fit and proper assessment after, say, 6 months is necessary so that the firm can confirm that the individual has reached full competence with respect to the role in question.